To complete the look, how about a Georgian dinner? Liz Calvert Smith feasts her eyes on cooking and dining in the 18th century.

Leg of mutton with oysters, ducks á la mode, transparent pudding covered with a silver web; it is hard to believe that these elegant dishes were produced in the Georgian kitchen, where cooking methods had scarcely changed for centuries. Most of the food was cooked over a large open fire; hot, dangerous and difficult to manage as, no doubt, was the cook by the time she had finished. Meat was roasted on a spit fitted onto the front of the grate, turned mechanically by a clockwork spitjack, and basted constantly. Maintenance of the fire at just the right hear was of prime importance, and the cook was also instructed to “observe, in frosty weather your beef will take half an hour longer.” It is interesting to note that this is true roasting, whereas meat cooked in the oven is really baked meat.

Boiling was the other usual method of cooking. Pans were large and heavy; they had to be for recipes like Scotch barley broth which began, “take a leg of beef chopped and four gallons of water…” Cooks had to be strong as well as heat resistant. Perhaps surprisingly, most of the authors of cookery books of this period stress the need for ‘delicate cleanliness’. Spits and pans were to be scoured with sand and water, while oil and brick dust were not to be used for fear of tainting the meat.

In large homes, stoves built of brick had been in use since the end of the 17th century. They had small firebaskets set into the top, were fuelled by charcoal, and provided a gentle heat for preparing sauces and delicate dishes. However, the fumes could be unpleasant. In his diary of 1800, Parson Woodforde described how his niece became giddy by standing too long over the charcoal stove making jam. Of course, ovens were in use as well. They were made of brick, domed or arch-shaped, with a door of iron or oak, but they had to be ‘fired’ or heated before they could be used. A fire was lit on the floor of the oven and allowed to burn for up to two hours. This was then swept out, the door was shut tight and the oven left for ‘a little while’ for the heat to be evenly distributed into the brick walls. I have tried this a number of times, and found that the only way to judge when the temperature is right is by experience. So much depends on the type of wood used in the firing. Bread was baked first, and then pies in the ‘falling heat’. If the oven was well managed, the whole range of decreasing temperatures could be utilised, the coolest being used for making puffs (now called meringues) or even for drying herbs of feathers.

In sharp contrast to the heat and bustle of the kitchen, the dining or eating room, as it was originally known, was a haven of taste and elegance.

Dining could be a very pleasant experience in Georgian times. Tables of the rich and discerning were spread with numerous dishes; meat, game and various pies, potted meats, jellies, creams, pickles and sweetmeats. It seems that food became something of an obsession. Poems of praise were written, especially about meat. Goldsmith wrote lovingly, in The Haunch Of Venison:

“The haunch was a picture for painters to study,

The fat was so white, the lean was so ruddy…”

Dean Swift wrote in a similar vein in praise of mutton, whilst the Rev. Sydney Smith expressed his feelings in a poetic recipe for mayonnaise, concluding:

“Serenely full, the epicure may say,

Fate cannot harm me – I have dined today.”

For the fortunate , food was abundant, servants were plentiful and cookery was developing into a fine art. A seemingly endless stream of books on the subject was published during the century and, despite Dr Johnson saying, “Women can spin very well, but they cannot write a good book of cookery,” most of the bestselling books were written by women.

The dinner hour had gradually moved from around noon at the beginning of the century, to early evening by the end of it. This is only a generalisation, as times changed more slowly in country areas where old habits died harder.

The choice of ingredients increased steadily throughout the century; largely because of improvements in agriculture and roads. Vegetables were no longer frowned upon by medical men, and soon formed part of the daily diet of both rich and poor, the latter eating mainly roots and greens. Exotic fruits were much sought after and those who could afford them had orangeries built, or grew pineapples in specially constructed pineries with ‘lofty stoves’ or ‘fluid pits’. It was considered particularly stylish to serve fruit and vegetables out of their usual seasons. Richard Bradley, a cook, mentioned this when he wrote “the pride of the gardeners about London chiefly consists in the production of melons and cucumbers at times before or after their natural season.” We take this for granted now.

It was becoming very fashionable to employ a French chef, but they were deeply resented by many people who felt that the ‘roast beef of old England’ was the proper food for Englishmen. Many cookery books of the period gave French recipes, but none more grudgingly than Hannah Glasse in 1747. After long and complicated instructions as to the French way of dressing partridges, she says, “This dish I do not recommend, for it is an odd jumble of trash…and the partridge will come to a fine penny.”

Although often quoted, it is unlikely that anyone ever began a recipe with the instruction “First catch your hare…” Originally, it may have been “first case (or skin) your hare,” but whatever the truth of it, 18th century cooks were certainly much less squeamish then than their descendants were to become.

If you would like to try a Georgian dinner party, the following recipe books should help: 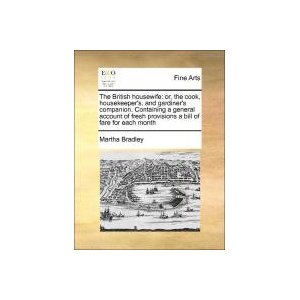